skin care concerns Should You Try Microneedling At Home? 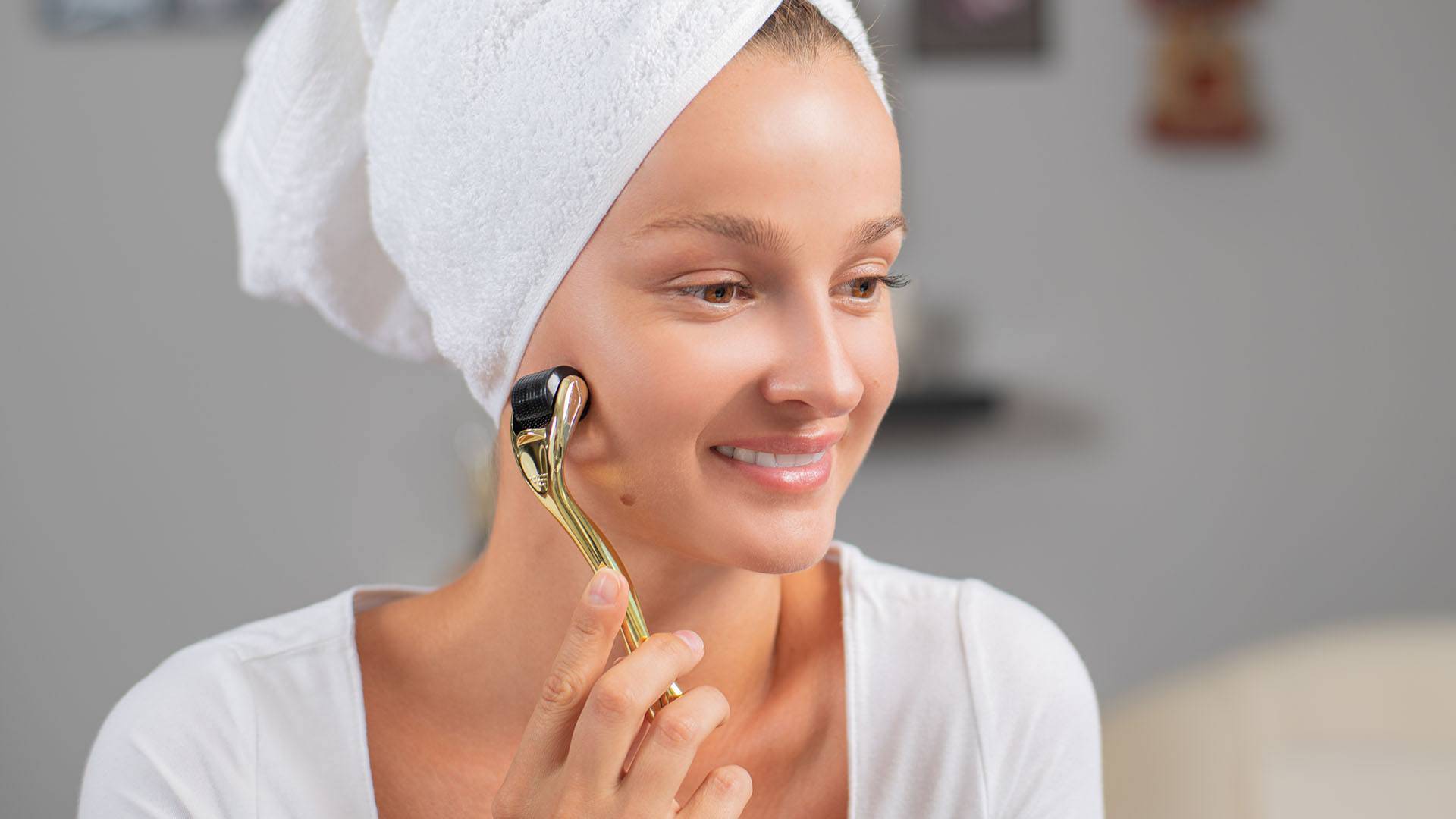 We love heading to the dermatologist for fancy-schmancy skin treatments, but these days, it’s all the rage to take matters into your own hands. Below, we are providing the low down on one trending option that can be done at-home: microneedling. Let’s dive right in!

First things first, it’s time to answer the obvious question: What is microneedling? According to the American Academy of Dermatology, microneedling involves the process of puncturing skin with needles to create tiny wounds. The Food & Drug Administration describes microneedling products as featuring needles, micro-protusion tips, and pins that are attached to an instrument that helps facilitate rolling or stamping the needles across the skin. There are many intended uses of microneedling products from facilitating skin exfoliation to the improvement of the appearance of skin.

After hearing about tiny needles puncturing your skin’s surface, it’s only natural to ask yourself if microneedling hurts. Well, the answer isn’t cut and dry. Not everyone finds that microneedling hurts, but per the Cleveland Clinic, some people may experience minor pain after a microneedling session along with slight redness that lasts for a few days.

Beyond the potential for pain, there are a couple of other microneedling side effects you should know about. The Cleveland Clinic notes that because the needle holes are open, it’s possible they’ll become irritated and even infected. Skin discoloration is another side effect you may experience. Usually temporary, the discoloration may be light or dark and can be especially common for people of color.

On the other hand, microneedling devices used at home (sometimes referred to as derma rollers) generally have shorter and duller needles, according to the AAD. These tools are not meant to penetrate beyond the skin’s surface layers. They may still help offer a brightening effect by stimulating blood flow, but don’t provide the same results as in-office microneedling.

CAN MICRONEEDLING BE DONE UNDER EYES?

You may be wondering if you can microneedle under your eye area, and the answer is: Microneedling is sometimes done around the eyes. According to one study from The Journal of Clinical and Aesthetic Dermatology, smaller needles that are between .5 and .8 mm are used for the eye area. Still, there is not much research available on microneedling near your eyes, and considering it’s such a sensitive and delicate area, you’ll surely want to consult your dermatologist before bringing a microneedling device anywhere close to your eyes.

HOW LONG DOES IT TAKE TO SEE RESULTS FROM MICRONEEDLING AT HOME?

According to the NCBI, some people can start to see improvements in the appearance of their skin after two sessions of an in-office treatment. However, since at-home derma rollers can’t deliver the same results, it takes more time to see changes in your skin. The key to seeing results with microneedling at home is to remain consistent.

Keep in mind, the Cleveland Clinic shares that some individuals were not satisfied with the results of microneedling at home. Consult with your dermatologist to determine which option is right for you.

HOW OFTEN CAN YOU USE A DERMA ROLLER?

Per the NCBI, derma rollers that are less than 0.15mm can be used two to three times a week for up to one hundred times. After every use, they recommend you clean the roller in hot tap water and shake dry.

Next up: Looking for more ways to pamper your skin at home? Head on over to our article, Do Jade Rollers Really Work?