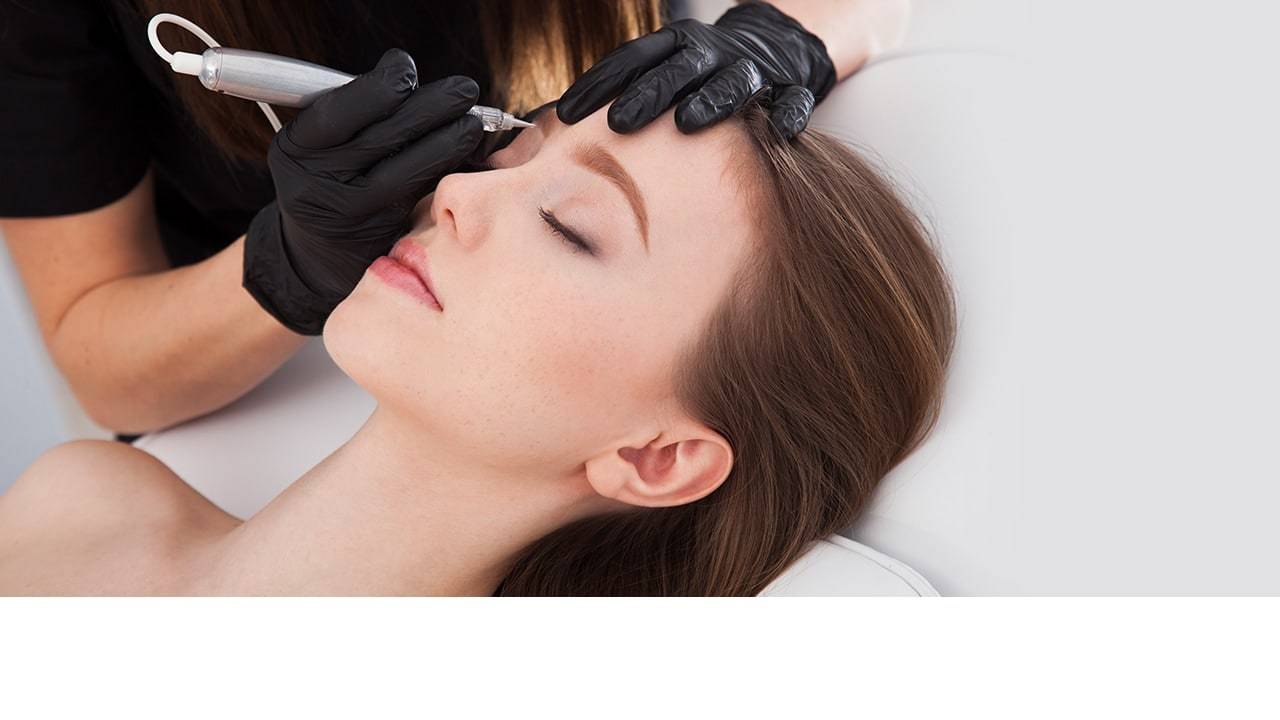 As much as you may love trying out the latest makeup trends and looks, there are certain makeup techniques you do on the daily—like filling in your eyebrows—that seem to take so much time. What if you could literally say, “I woke up like this” and mean it? That’s the beauty of permanent makeup, and why so many people opt for permanent eyebrows, lips, eyeliner, and more. Think you might want makeup that lasts, and lasts, and lasts? Below, we’re answering “what is permanent makeup,” sharing the risks of making your makeup permanent, and filling you in on whether you can remove permanent makeup.

WHAT IS PERMANENT MAKEUP?

Permanent makeup, also known as micropigmentation or dermagraphics, is a type of permanent tattoo. A needle inserts colored ink into the skin to mimic the look of temporary makeup. Generally, permanent makeup lasts significantly longer than the daily wear makeup you’re used to.

WHAT PERMANENT MAKEUP CAN YOU GET?

Like we mentioned earlier, some choose permanent makeup as a time-saving alternative to filling in their eyebrows with temporary makeup day after day. This may be an option for those with naturally thin brows, light hair, sparse areas, or anyone who has been a little too tweezer-happy in the past.

Tired of perfecting your eyeliner each morning? We get it—it can be tedious! Permanent makeup can mimic the look of temporary eyeliner, whether you choose to get it along your upper or lower lash lines. Our advice? If you go the permanent eyeliner route, keep it simple and opt for a thin line that looks timeless. Winged eyeliner and other more dramatic liner techniques may not be the best permanent makeup option as makeup trends are always coming and going!

Permanent lip liner or lipstick may be something to consider if you want to achieve a polished look. Opt for a color that’s only one to two shades darker than your lips for a natural appearance that won’t give away that you have permanent makeup.

So, is permanent makeup really permanent? The Cleveland Clinic states that the pigmentation of your permanent makeup will typically appear darker in the weeks following the initial tattooing but will fade over time as your skin cells are constantly being replaced.

CAN YOU REMOVE PERMANENT MAKEUP?

If you decide you want to remove your permanent makeup, there are steps you can take. According to the American Academy of Dermatology (AAD), lasers are the most popular method of tattoo removal. There are a couple of things to keep in mind when it comes to getting your permanent makeup removed.

1. It may be painful. The FDA has approved certain laser devices for removing tattoos. However, laser tattoo removal can feel uncomfortable or painful. Some side effects may include bleeding, redness, or soreness. Be sure to talk to your doctor about numbing cream or other options to help with the discomfort and pain.

2. It’ll take multiple sessions. The AAD states that when you get permanent makeup, the tattoo artist layers the ink and a laser cannot safely break down all of the layers in one treatment session, and instead will appear lightened after each treatment. According to the FDA, it may take 6 to 10 treatments to remove and still, you may not be able to completely remove the tattoo.

3. There are possible side effects. Potential side effects can include scarring, changes to the skin’s texture, and burns and other wounds. For this reason, it’s a must to always research and be sure to talk to your doctor about the options for removal.

WHAT ARE THE RISKS OF PERMANENT MAKEUP?

There are risks involved with permanent makeup. We've covered reasons why you might be interested in getting your makeup tattooed, but be sure to understand the following risks before making a decision.

1. Infection and serious illness. According to the Cleveland Clinic, there is always a risk of infection or serious illness from unclean tattoo tools, practices, or products.

3. Scarring. Those who are prone to keloid scars may be left with them after the tattoo process, per the Cleveland Clinic.

4. Granulomas. The FDA explains that granulomas are nodules that may form around material that the body perceives as foreign, and this can occur with particles of tattoo pigment.

5. MRI complications. When you get a tattoo or permanent makeup, you likely aren’t considering whether you’ll ever have an MRI in the future, but you may want to. According to the FDA, there have been reports of people with tattoos or permanent makeup who experienced swelling or burning (in the areas with the pigment) when they received an MRI, however this is seemingly rare and without lasting effects.

HOW MUCH DOES PERMANENT MAKEUP COST?

The cost of permanent makeup is dependent on the individual doing it and what you choose to get done. One thing to keep in mind: Anything that’s “permanent” and involves a needle is something you should speak to your doctor about before getting done.

Next up: Update your skin care regimen accordingly. Here’s Your Skin Care Routine for Tattooed Skin.